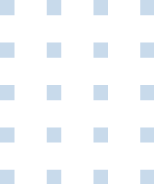 Who doesn’t own at least an iPhone or an iPad nowadays? They are indeed very popular mobile devices, thanks in part to their intuitive design. The devices that use the IOS operating system are unique, basing their functionality on applications designed exclusively for cell phones and tablets manufactured by Apple. This means that the same program designed to be used on an iPad will not be compatible with a tablet that uses the Android operating system.

These circumstances are important to IOS app creation. This type of tool allows you to reach a large user base, which is about 50 percent of all people who use a tablet or smartphone. Apple has introduced some restrictions which consist in controlling the app’s distribution channels. This restriction is of little consequence to those who intend to use IOS app creation to offer new and more flexible services to their users. However, it is necessary to understand the fundamental difference between iOS and Android app creation: they are two separate channels.

Which one to choose?

A company, a store, or a professional does not always have to make the choice between one of these two operating systems. It is possible to leverage both of them to reach more users. For a better understanding of this marketing solution, it is useful to comprehend the three major advantages of IOS.

By definition, devices that use the IOS operating system are secure. Not only that, but they are also much less vulnerable to viruses, they are devices that only accept programs from verified distribution channels. The App Store is the only official distribution channel and it only offers quality guarantees, because every app undergoes a strict check before it is made available for download.

Steve Jobs firmly believed in simplicity – iOS is an operating system designed to be used right out of the box, without having to read any lengthy instruction manual. This logic also applies to the programs designed for the devices produced by Apple, their function can be immediately understood, in just a few clicks.

3. Keeping up with the times

When using online applications downloading the latest version is crucial, otherwise, one can expect malfunctions to occur. Updating apps, however, is one of those things that can easily slip our minds. The iOS system already has a remedy for this, as it always updates all apps automatically.

Whilst other operating systems allow anyone to create applications, iOS is slightly different. The tight quality control and native features of this system require specific skills. Therefore, the creation of applications must be done by an experienced programmer, with a thorough knowledge of the computing environment within which the application will be used.

These are in some ways limitations that are absent from the Android environment. Programming an application for this operating system should not be dictated by personal preference or by the programmer, but rather by strategic delibations, concerning the number of users who use IOS, as well as the market segment – high, medium, or low – to which they belong.